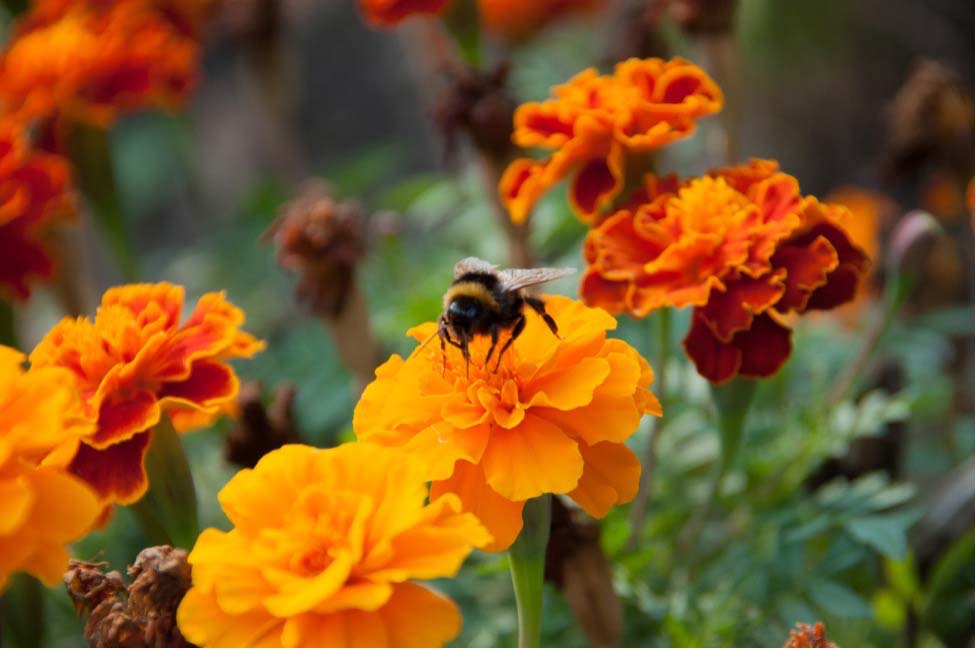 As you head out in search of fun this summer, Arizona honey bees may not be top of mind. But those honey bees that Phoenix, Las Vegas, and Tucson residents alike try to avoid are also the subject of debate. If you’re like us, you probably would rather not host a honey bee hive on your property. However, if you’ve heard that these stinging insects are endangered, you may wonder if removing a hive disrupts important natural processes.

Read on to learn more about the habits and hives of both ordinary honey bees and the Africanized honey bees Arizona homeowners fear most.

A colony’s lone queen begins mating early in life. She stores the millions of sperm collected during her mating flight to use for the rest of her days. The queen lays eggs inside each cell contained in a honeycomb, laying as many as 2,000 eggs in a day’s time. Fertilized eggs become female worker bees while unfertilized eggs become male honey bees, known as drones. A replacement queen mates and lays eggs when the original queen can no longer do so. Sterile female honey bees become worker bees.

Honey bees are not aggressive by nature. However, the job of a colony’s worker bee is to defend the hive. By instinct, worker bees will sting when they sense a danger to either themselves or the honey bee hive. These bees leave behind both their barbed stingers and venom sacs when stinging as a defense mechanism. While trying unsuccessfully to pull the stinger out, they die because the action causes irreparable damage to vital body parts. Queen bees have smooth stingers, but they usually only use them to defeat other queen bees.

Should I Be Concerned About Africanized Honey Bees?

The Africanized honey bees Arizona residents worry about are, indeed, more aggressive than ordinary honey bees. It takes much less of a perceived threat to cause them to sting, giving us even more reason to be careful around any stinging insect.

The following measures reduce the odds of being stung:

Never try to knock down a honey bee hive; instead, contact Burns Pest Elimination if you spot one on your property. We can send out the right people equipped with the knowledge and equipment to safely remove bee hives.

Insecticides used in the agricultural community have been blamed for the “disappearance” of honey bees. Though the bees’ numbers declined for a few years due to a phenomenon called Colony Collapse Disorder, or CCD, honey bee populations were saved from the brink of what many feared was extinction back in 2011. Farmers were as relieved as ecologists to hear the good news since honey bees perform the important role of pollinating their crops.

Get in Touch with Burns to Discuss Bee Removal Services

Although average Arizona honey bees pose little danger, they will sting when provoked. It’s never wise to disturb individual bees or their hives, but having them removed professionally won’t cause the species to go extinct. Protect your family from ordinary bees and Africanized honey bees in Arizona by contacting Burns Pest Elimination at the first sign of an infestation. Call us or request a quote online to schedule the removal of honey bee hives at your home or business ASAP.