Is The Arizona Paper Wasp a Friend or Foe? 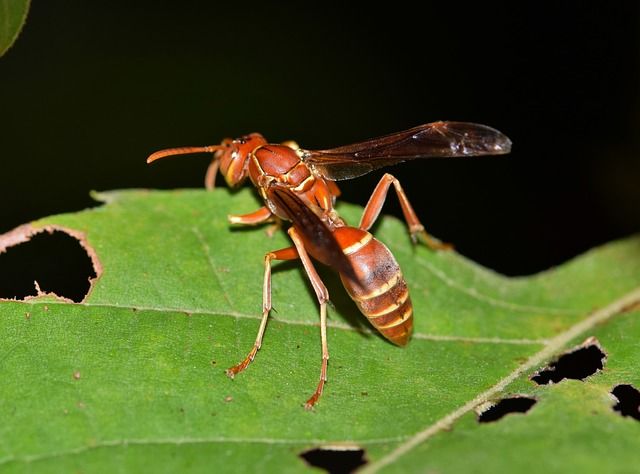 Despite their angry looks, the Arizona paper wasp might not be so bad after all…

Is it possible for a pest to be a nuisance and also beneficial at the same time? When it comes to the paper wasp, the answer is a definite ‘Yes’. Think of paper wasps like in-laws. It’s okay to see them every now and then, but if they keep popping up every day, they start to wear out their welcome. Arizona is home to many different wasps, from the hornet to the yellowjacket. Though seeing one in the vicinity is usually nothing to worry about, a large wasp infestation can lead to numerous problems for people and pets if not managed carefully.

Paper wasps build small and sometimes elaborate paper nests. Some look like small honeycombs while others look like oversized, tear-shaped pinatas. The most common paper wasps in Arizona are the:

Yellow paper wasps get their name from their coloring while Navajo paper wasps appear deep brown with yellow abdomens. The Arizona paper wasp is smaller than the previous two and has a brownish-red appearance with yellow bands across its abdomen.

The Problem With Wasps

Wasps don’t feed on pollen like bees do. In fact, these gangly-looking insects feed on other insects, making them beneficial in gardens and around homes throughout Arizona. However, they don’t always travel alone. Wasps tend to gather in colonies and can quickly overtake a space. Although wasps tend to build their nests in trees and other high places, they often choose the most inconvenient location: right outside our doors.

They gather in groups of four, five or more and build paper nests on patio ceilings, deck railings and other spots near entryways. Because of their aggressive nature, it’s not a good idea to get close to their nests; you might end up with a nasty sting if you do. A wasp infestation is nothing to take lightly and may require professional wasp removal services depending on the size of the nest and the number of wasps in the area. Keep in mind that wasps don’t actively seek to sting humans and will usually only attack if they’re threatened.

Simply removing the nest with a broom handle won’t do the job. It’ll actually taunt the insects and make them turn on you. Some chemical sprays contain toxic ingredients that harm other beneficial insects in the area, so it’s not always wise to start spraying a nest with a product from the store. It’s best to hire a professional pest control service to inspect the nest and to use the appropriate wasp treatment method.

Do you have a wasp infestation and need it removed ASAP? Contact the professionals at Burns Pest Elimination to learn more about our wasp treatment services. Paper wasps, in particular, play an important role in gardens throughout Tucson and Phoenix and rarely cause harm to people and pets. However, if they feel threatened, their painful stings can cause large welts and severe allergic reactions in those with sensitivities.