The Crane Fly: Is It the Ally You Were Hoping For? 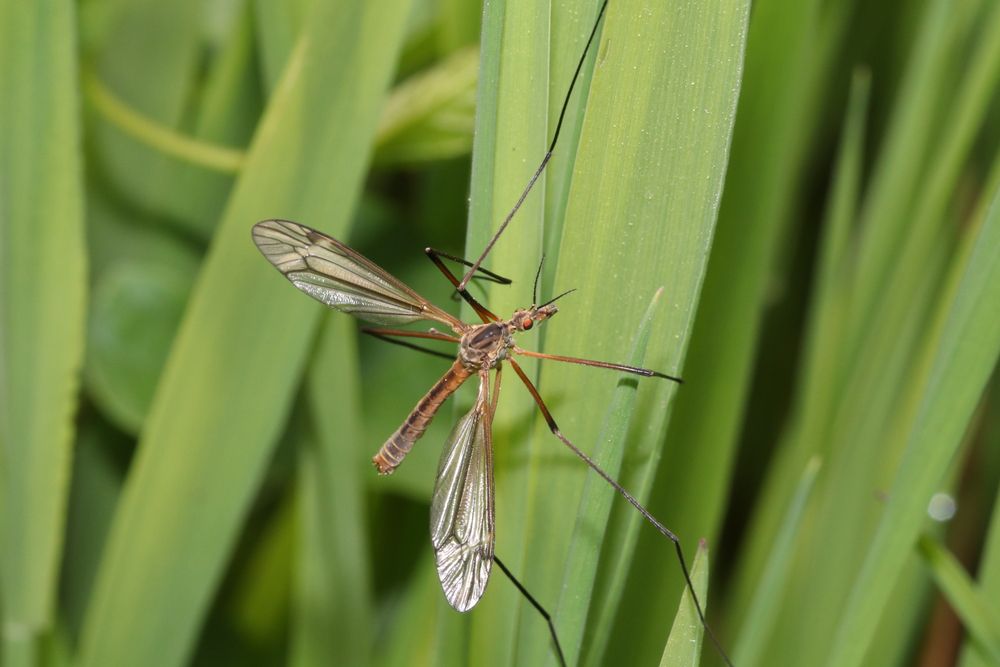 The mosquito is probably the most universally hated insect in the world, so anything that we believe will kill it is sure to win favor. One such creature is a long-legged, winged insect with a bumbling flight path and a wispy, delicate frame. It’s called a crane fly, but many people refer to it as a mosquito eater. The nickname comes from the long-held belief that it preys on mosquitoes. Unfortunately, that’s simply not true.

You can stop hailing crane flies as heroes. They belong to the same order of insects as mosquitoes, but they don’t kill their cousins. In fact, they’re anatomically incapable of killing them. Crane flies are also unable to harm humans or animals because they can’t sting or bite (like mosquitoes, which have different mouthparts). Crane flies in Arizona typically arrive in spring. When they come indoors, you may see their slender silhouettes bouncing lightly off walls and ceilings. You thought they were looking for mosquitoes. They were actually just worshiping your light bulbs. Because their anatomy is so delicate, they often leave legs or wings behind as they clumsily maneuver their way through your home.

What is the purpose of crane flies?

In the past few years, Arizona has seen large numbers of crane flies. Adult crane flies eat little or nothing and live a relatively short lifespan. Although they’re not the mosquito-vanquishing allies you may have hoped for, their larvae do play an important decomposing role in the ecosystem: breaking down waste in soil that helps process organic material for other organisms.

Should I kill crane flies?

If you don’t mind the aftermath of bug guts in your home, the choice to kill or not to kill a crane fly is yours. However, remember that they pose no danger to humans, so you can kindly shoo the insect out the door—after switching the lights off, of course, so you don’t attract more!

Who Are Your Real Allies in the War on Mosquitoes?

Try not to be too disappointed in the poor crane fly. There are plenty of other insects and animals that actually do help us limit the mosquito population. Here are a few examples:

How to Get Real Mosquito-Eaters on the Job

You can take advantage of the habits of natural mosquito predators by attracting them to your property. Try the following tips:

Mosquitoes aren’t just annoying; they’re also capable of spreading serious diseases that affect humans and animals. When your mosquito problem gets out of control, it’s time to call our experts and schedule reliable, professional pest control service. At Burns Pest Elimination, we know how to manage even the heaviest infestations, and we can help you identify and eliminate conditions that encourage mosquito breeding. With Burns on the case, Phoenix and Tucson mosquitoes don’t stand a chance. Schedule Arizona mosquito control services online today.