Cockroaches Will Outlive Us All 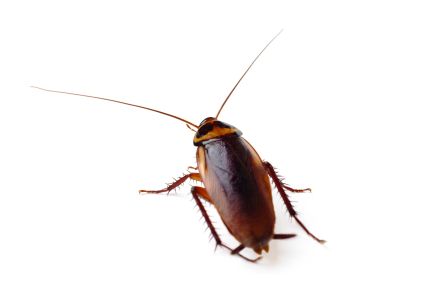 There’s little doubt that cockroaches are tough. This fast-moving insect has remained in existence for at least 300 million years. However, we sometimes hear claims that seem a little far-fetched. Could this bug really endure a hurricane, volcanic eruption or nuclear war? We decided to conduct some research and find the truth.

What Can They Survive?

People often say that nuclear weapons couldn’t wipe out the cockroach. It’s true that live roaches were found in Nagasaki and Hiroshima after American warplanes used atomic bombs to destroy the cities. Furthermore, a recent Discovery Channel program featured an experiment that verified the insect’s ability to withstand major doses of radiation.

The test used a European cockroach species that thrives in Arizona and other hot climates. It exposed the roaches to three different amounts of radioactivity. The insects couldn’t endure the highest radiation level, but they proved far less vulnerable than humans. Moderate exposure can kill people in minutes; it often takes months to wipe out these tenacious bugs.

Roaches also tolerate most natural disasters. Although many bugs drown in floods and hurricanes, the cockroach frequently survives by holding its breath. It can stay underwater for about 30 minutes, according to PestWorld.org. This insect may endure up to a month of starvation before it dies. Cockroaches devour soap, leather and even glue, so disasters rarely leave them without food.

These bugs even have instincts that help them prepare for natural disasters. They can usually sense an earthquake before it occurs, according to the Rochester Institute of Technology. Cockroaches react by seeking safe locations that will protect them from the quake. Nonetheless, there’s at least one disaster that roaches don’t seem to survive.

What Can Kill Them?

Molten lava and hot ashes may have what it takes to annihilate roaches in large numbers. For example, United Academics reported that a rare bioluminescent cockroach lived only on a single volcano in central Ecuador. After an eruption took place in 2010, it became impossible to find this unusual insect.

Extreme heat, cold air and dry conditions can also kill roaches. If you expose them to temperatures under 45 degrees F, they won’t grow or breed. Sudden weather changes harm cockroaches more than gradual adjustments, according to the University of Nebraska. These insects usually die if temperatures fall below freezing or they can’t drink water for at least seven days.

Unless we experience another ice age, cockroaches may truly outlive us all. This bug’s endurance also highlights the need for professional roach control. Here at Burns Pest Elimination, we know how to swiftly exterminate a wide range of Phoenix and Tucson pests. Contact us today.