It Takes More Than a Million Ants to Make a Pound 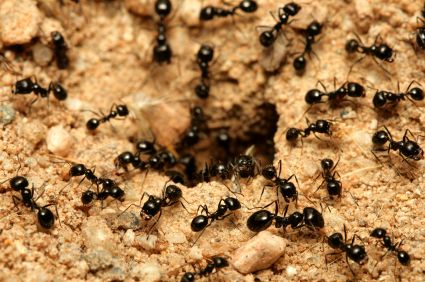 Do you know how big an ant really is? You know they’re not very big, but it might shock you to learn just how light they really are. In fact, ants weigh so little that it takes more than 1.5 million average-sized critters to make a full pound. If that sounds like an overwhelming number, you’d probably also be interested to learn that the total weight of all ants in the world is significantly more than the total weight of all humans.

How Many Types of Ants Are There?

According to the experts, there are about 12,500 known species of ants in the world. However, it’s believed that there are as many as 22,000 different varieties of ants, many of which thrive in remote areas and haven’t been officially classified as distinct species. From tropical ants that can grow to more than two inches in length to the tiny ants that you might see around your house, they come in many shapes and sizes. Like some other types of insects, ants have a rigid division of labor and several distinct castes.

Out of all 50 states, Arizona has the greatest diversity of ants. More than 300 species live within its borders, and about a dozen of these are commonly found in and around commercial and residential structures. Common varieties include leafcutter ants, carpenter ants, trap-jaw ants and harvester ants.

Do Ants Secretly Rule the World?

Ants live in colonies that include many thousands of individuals. Whereas just a few humans typically occupy an acre of ground in a city or suburb, millions of ants can live within a single acre of developed or undeveloped space. Coupled with the fact that the total volume of ants outweighs the total volume of humans by a huge margin, it’s no stretch to ask if it’s an ant’s world after all.

Here are some other strange facts about ants:

With so many ants in and around your house, it’s not practical to target each one individually. That’s why Burns Pest Elimination offers a range of pest control and ant extermination services that quickly get to the heart of your problem. Of course, there’s no magic bullet for an ant infestation, and everyone’s situation is a bit different. To learn more about what we can do for your home and property, call us or request your free quote today.